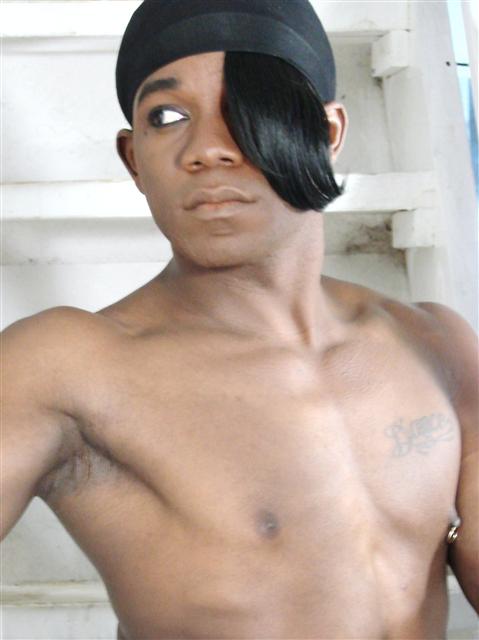 I believe that Love requires justice. And that we have to always be conscious of what brought homophobia into our communities, the things that are stake and the context that we are facing as oppressed people and at the same time we need people to be accountable for the actions with the understanding that those who oppress us are filled with the ugliness that they have been subjected to. it’s either all of us or none of us, until we can all realize that our liberation is wrapped up in each other’s, won’t none of us be free. Until then, we have to create carefully the communities of people that we love and that make us feel safer.

Sze-Yang is a queer east asian dance artist and educator who does not identify with society’s confining definitions of what it means to be a man or woman. At 13 he began training in Wushu Chinese Martial Arts under Sifu Zhang Peng. He finished secondary school with the highest achievement in visual arts of his graduating class. Sze-Yang is a graduate of The School of Toronto Dance Theatre. Post graduation he studied intensively with Xing Bang Fu and Simon Lalonde in Ballet.

kumari is a queer, mixed, South Asian multi-disciplinary artist, movement storyteller, facilitator and performer. they believe in movement as a tool for empowerment, healing and change. they are trained in R.A.D. ballet, Irish dance, jazz, modern and contemporary and perform in community and theatre settings such as the Rhubarb Festival (2013), Pride Toronto (2008-2013), Fresh Blood (2012), International Association of Blacks in Dance (2012).

they make up one third of the ILL NANA DiverseCity Dance Company, a grassroots queer positive multiracial dance collective and are one of the co-organizers of the Unapologetic Burlesque Showcase, dedicated to providing anti-racist, queer, burlesque performance space, reminders that sometimes the communities we want, have to be the communities we create ourselves. they are committed to engaging people in unique and creative ways through performance, visual art, dialogue, and video art. they are driven by a passion to find balance between logic, creation, learning, healing, critique and love and are continuously inspired by the communities that surround them.

Born in Jamaica, Byron began dancing in high school with The Tivoli Gardens High School Dance Troupe and the nationally acclaimed Movements Dance Company under the direction of Monica Campbell. Since adopting Canada as his home in 2003, Mr. Beckford has trained extensively at Ballet Creole’s Pre-Professional Training Program and is a graduate at The School of Toronto Dance Theatre.

Through Ballet Creole and The School of Toronto Dance Theatre, he has had the pleasure of working with renowned teachers Debbie Wilson, Milton Myers, Christine Wright and Elizabeth Auclair. Byron has worked with COBA (Collective of Black Artists) and performs extensively with the Newton Moraes Dance Company. He then joined Xing Bang-fu in his mentor ship program in  classical ballet training and Chinese modern dance. In 2005 he was invited to perform and choreograph for Caribbean Folk Performers and continues to do so. He has also attended 2007 Jacob’s Pillow Summer Intensive Program, working with different choreographers in America.

He has taught African and Modern Contemporary dance to the Toronto Children’s Choir. He has facilitated after-school programs at Warden and Driftwood Community Centre’s and the YMCA. He is the recipient of several prestigious awards of excellence in the performing arts including a gold medal from the Jamaica Cultural Development Commission for the best male solo artist in The National Festival of the Arts in the summer of 2003. Mr. Beckford continues to strive for excellence in dance, his efforts in helping youth realize their potential through the arts, empowering them to explore their creativity and in the process helping them build their self esteem. Byron was also a performing apprentice with Garth Fagan Dance and is currently seeking other dance opportunities for the near future.

Originally from Calgary Alberta, Whitney traveled to Toronto to attend The School of Toronto Dance Theatre.  After three years of sweat, blood, and tears Whitney was invited to intern with Toronto Dance Theatre.  She was lucky to perform and tour with the company.  At the end of her contract with TDT she married her high school sweet heart, following him to Ottawa Ontario.  While living in Ottawa she dedicated more time to her yoga practice, completing her Hatha certification in 2011.  Since moving to London Ontario, Whitney is sharing her love of yoga and her passion for dance through teaching and hopes to pursue her career as a professional dancer creating her own work this coming year..